In PART TWO of a MONDAY edition of “JUICY GOSSIP WITH BRAD” we heard about social media scraps between an aging rocker and an up and coming young pop star, celebrated Kelly Clarkson’s wins at the Daytime Emmy’s with controversy and an alleged battle between her and Drew Barrymore, and found out that James Corden may want to be “Queen of the Daytime Talk Shows!”
Click to listen or stream us on-line at www.hits959.com

After a successful career in the United States Air Force, Johnny Ray decided to retire and reinvent himself! A radio veteran of many locations and many genres, Johnny Ray is ready to entertain you with THE HITS HOT BREAKFAST every morning from 6-Noon!
Don’t miss out on a minute!!! 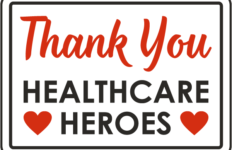